The folk club room at The Black Swan continues to remain closed for the time being but we're moving ahead now with some live music on Saturday afternoons throughout the summer, leading us on to reopen the Folk Club on Thursday September 2nd.
Check out our programme regarding the artists appearing on Saturday afternoons in the Black Swan car park between 2pm and 6-30pm starting with the first concert on July 31st and carrying on throughout August.
There's also a lot of live music to look forward to. Tickets for some shows are already on sale with more to be added later.
Among the artists we'll be seeing in 2021 are Eliza Carthy and Restitute, Keith Christmas, John Smith, Rachel Sermanni, Martin Carthy, Kathryn Roberts and Sean Lakeman, Liam O Maonlai(Hothouse Flowers), McGoldrick, McCusker, Doyle, Dan Walsh, Hannah Sanders and Ben Savage, Charlie Dore and Julian Littman, Allan Taylor, Kaia Kater(Canada) and a special club reopening night with some 'Special Guests'.
Looking forward to seeing you at our live events
-The Black Swan Folk Club 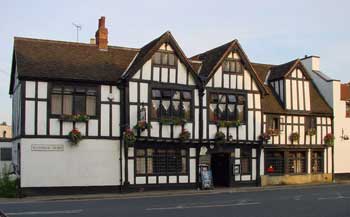 This is our final 'Virtual' weekly folk club although we'll still be posting videos and playlists from time to time and we'll be keeping all the 'Virtual' Folk Clubs we've posted so far up here on our You Tube channel, so you can keep watching. As it's the last one we have a slightly longer playlist this week and we're presenting a mixture of songs provided by Black Swan Folk Club resident singers over the last eighteen months or so. We have 'houseband' Ramshackle, Judith Haswell, Stan Graham, Chris Euesden, Phil Cerny, Paula Ryan, Eddie Affleck and Toni Bunnell. Plus three forthcoming guest artists round off. The Richmond Hillbillies who will be making an appearance at our first outdoor Black Swan Folk Club event to be held on July 31st and finally a song from Jon Boden who is our special guest at The National Centre for Early Music in York this coming Monday June 28th. Two concerts both socially distanced 6pm and 8-30pm. This of course is our first live event for ages. Tickets are still available but numbers are llimited. Go to the box office at www.ncem.co.uk We hope you've enjoyed the 'Virtual' Folk Club and hope to see you soon at one of 'real' live events.

Coming up this week...